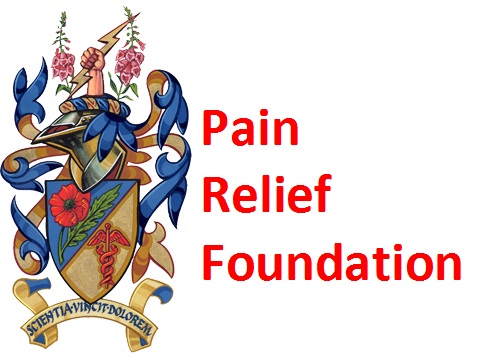 It is with deep personal regret that I inform you that the last of our founders Prof John Miles an emeritus consultant and Professor of Neurosurgery at The Walton Centre, Liverpool has sadly passed away on 24th February 2019 aged 82

One of a family of five children , John was born in Mountain Ash, a mining village in the one of the South Wales valleys, to Helena and Benjamin Miles. His father, a miner, was a socialist, and was blacklisted by the mine owners and hence unemployed until the war required all miners to man the pits.  It was during this time, when John was six, that his father was killed in a pit accident; following this, he was effectively brought up with his eldest brother, Don as his father figure.

John’s early education was at Mountain Ash Grammar School, where he captained the school in both rugby and cricket.  Early on he demonstrated an enquiring mind and a formidable intellect; he had a particular interest in biology and a project on oak saplings in a local park gained him a scholarship to read Medicine at Cardiff.

While there he met Enyd Griffith, niece of Aneurin Bevan, the founder of the NHS; they married, and for some years worked in Cardiff.  John did a locum job in Neurosurgery in London and was hooked.  He moved in 1966 to Oxford, where he trained under Joe Pennybacker; during that time he had a head injury while playing rugby one Saturday and had to admit himself under his own care as he was on duty that evening.  He worked alongside Ted Buckley and Brian Cummins, who remained lifelong friends.  The three founded the “Senior Registrars Travelling Club” whose inaugural meeting he organized in 1969 when appointed senior Registrar in Birmingham.  Many of his successors will have fond memories of the club., He became a consultant in Liverpool in 1971 – the fourth appointed to that unit, then the Mersey Regional Department of Surgical Neurology.  Appropriately for a Welshman, this unit has North Wales as part of its catchment area.

At that time he was one of four neurosurgeons and sub-specialisation was several years in the future.  Nevertheless he developed a passion for functional neurosurgery, and particularly for surgical treatment of pain, whilst recognizing this had to be one part of what is now termed “holistic” care.  In 1979 with Sam Lipton and David Bowsher, he set up the Pain Relief Foundation at Walton Hospital.  In 1981 this was followed by the Pain Research Institute; space being at a premium, this was initially housed in a converted sewing room, but perseverance and a grant enabled new dedicated premises to be built in 1985. By 1989 there were five neurosurgeons, covering a population of over three million, and considerable progress had been made towards sub-specialisation in all fields in the unit – from this time any new neurosurgeons were appointed with specific special interests.

He was instrumental in the creation of the department of neuroscience in Liverpool University.

John did much to promote neuromodulation for pain – principally spinal cord stimulation – as well as maintaining expertise in niche areas of lesioning such as open cordotomy and alcohol ablation of the pituitary gland.  He promoted microvascular decompression for trigeminal neuralgia, and in fact such a case was his last operation prior to retirement. Neurophysiology research in this area was in his view the most satisfying with which he was involved.  He wrote many papers and chapters in major textbooks – and not only in this field: he brought to his sub-speciality a background of general medicine and surgery, and of what till recently was termed ‘general neurosurgery’.

John was in fact an active and excellent technical neurosurgeon in all areas, and a highly inspirational teacher.  A great communicator, he was a most conscientious clinician and was loved by his patients.  While being very competitive – perhaps a trait from his early sporting success – he was very modest about his talents, and very generous in his praise of others; all who worked with him acknowledge the huge amount they owe to his confidence and enthusiasm.   He embraced new ideas and was always keen to try them out;  the worst thing you could do was to suggest that such an idea might not work! This led to the Walton Centre being one of the first in the UK to embrace robotic surgery. The attitude led to far more successes than failures and to his many legacies. His trainees were especially grateful for this heritage. His intelligence was matched with an intolerance of idiocy, negativity and occasionally of the opinions of others, and some found this difficult to handle; to those whom he perceived as being on the side of the angels, however, he was a kind and loyal friend.

He was a regular attender and presenter at many meetings, both national and international. From the latter he made many friends around the world and from them gained many ideas to incorporate into his own practice. These friends were also entertained by him on visits to the UK, and he made his own and his family’s life the richer by engaging with these colleagues in their own countries.

He and his brother in law Huw Griffith – Enyd’s brother – had the original idea to start the British Journal of Neurosurgery, originally offered to the SBNS in 1980, though originally turned down by that organization.  It was then started privately by Huw Griffith; John took over ownership of the Journal from Huw in the early 1990s when Huw died, and with clever management and choice of editors helped it towards the prominent place it holds today.  He maintained an active interest in the Journal long into his retirement, finally – and rather reluctantly – stepping down only five years ago.

John remained a proud Welshman, and after retiring he and Enyd moved to Wales, very near where he grew up but on the ‘better’ side of the mountain.  He made a clean break from neurosurgery – something he strongly recommended – but was a very happy recipient of the Society Medal in 2010.  He became a skilled cabinet maker and restorer and a keen golfer and gardener, interests he pursued with the same passion as he had neurosurgery.  Those who were his juniors will remember that he was never to be disturbed between 7 and 9pm on a Monday as he had choir practice; he resumed this interest on retirement, though sadly the Society was never blessed with a recital.

John is survived by Enyd and his two sons.  His mercurial character will be missed by all who had the good fortune to know him as a friend and mentor.

A Journey – with acknowledgements